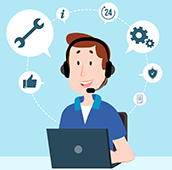 We always position ourselves as your consultant to give the right solutions with proper investments. 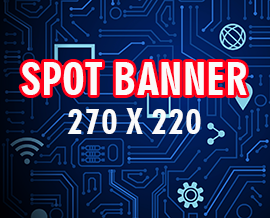 Network security is the practice of preventing and protecting against unauthorized intrusion into corporate networks. As a philosophy, it complements endpoint security, which focuses on individual devices; network security instead focuses on how those devices interact, and on the connective tissue between them

Network security is the process of taking physical and software preventative measures to protect the underlying networking infrastructure from unauthorized access, misuse, malfunction, modification, destruction, or improper disclosure, thereby creating a secure platform for computers, users, and programs to perform their permitted critical functions within a secure environment.

But the overall thrust is the same: network security is implemented by the tasks and tools you use to prevent unauthorized people or programs from accessing your networks and the devices connected to them. In essence, your computer can’t be hacked if hackers can’t get to it over the network.

Definitions are fine as top-level statements of intent. But how do you lay out a plan for implementing that vision? Stephen Northcutt wrote a primer on the basics of network security for CSOonline over a decade ago, but we feel strongly that his vision of the three phases of network security is still relevant and should be the underlying framework for your strategy. In his telling, network security consists of:

This, in short, is a defense in depth strategy. If there’s one common theme among security experts, it’s that relying on one single line of defense is dangerous, because any single defensive tool can be defeated by a determined adversary. Your network isn’t a line or a point: it’s a territory, and even if an attacker has invaded part of it, you still have the resources to regroup and expel them, if you’ve organized your defense properly.

To implement this kind of defense in depth, there are a variety of specialized techniques and types of network security you will want to roll out. Cisco, a networking infrastructure company, uses the following schema to break down the different types of network security, and while some of it is informed by their product categories, it’s a useful way to think about the different ways to secure a network.

Network security and the cloud

More and more enterprises are offloading some of their computing needs to cloud service providers, creating hybrid infrastructures where their own internal network has to interoperate seamlessly — and securely — with servers hosted by third parties. Sometimes this infrastructure itself is a self-contained network, which can be either physical (several cloud servers working together) or virtual (multiple VM instances running together and “networking” with each other on a single physical server).

To handle the security aspects, many cloud vendors establish centralized security control policies on their own platform. However, the trick here is that those security systems won’t always match up with your policies and procedures for your internal networks, and this mismatch can add to the workload for network security pros. There are a variety of tools and techniques available to you that can help ease some of this worry, but the truth is that this area is still in flux and the convenience of the cloud can mean network security headaches for you.

To cover all those bases, you’ll need a variety of software and hardware tools in your toolkit. Most venerable, as we’ve noted, is the firewall. The drumbeat has been to say that the days when a firewall was the sum total of your network security is long gone, with defense in depth needed to fight threats behind (and even in front of) the firewall. Indeed, it seems that one of the nicest things you can say about a firewall product in a review is that calling it a firewall is selling it short.

But firewalls can’t be jettisoned entirely. They’re properly one element in your hybrid defense-in-depth strategy. And as eSecurity Planet explains, there are a number of different firewall types, many of which map onto the different types of network security we covered earlier:

Beyond the firewall, a network security pro will deploy a number of tools to keep track of what’s happening on their networks. Some of these tools are corporate products from big vendors, while others come in the form of free, open source utilities that sysadmins have been using since the early days of Unix. A great resource is SecTools.org, which maintains a charmingly Web 1.0 website that keeps constant track of the most popular network security tools, as voted on by users. Top categories include:

That last category might raise some eyebrows — after all, what’s penetration testing if not an attempt to hack into a network? But part of making sure you’re locked down involves seeing how hard or easy it is to break in, and pros know it; ethical hacking is an important part of network security. That’s why you’ll see tools like Aircrack — which exists to sniff out wireless network security keys — alongside staid corporate offerings that cost tens of thousands of dollars on the SecTools.org list.

In an environment where you need to get many tools to work together, you might also want to deploy SIEM software, which we touched on above. SIEM products evolved from logging software, and analyze network data collected by a number of different tools to detect suspicious behavior on your network.